Prepare for the Robot Takeover… Kind Of 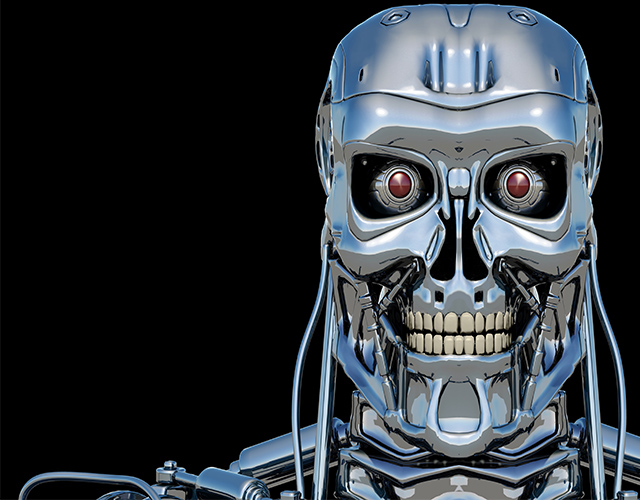 Movies like The Matrix and The Terminator franchise and books like Do Androids Dream of Electric Sheep by Philip K. Dick and I, Robot by Isaac Asimov (also both source materials for famous movies) present a world in which man’s creation is the eventual undoing of our species.

Until now these famous works of science fiction have been just that –science fiction. And while we may not be spiraling out of control toward a post-apocalyptic world in which we have succumbed to our mechanical overlords, there is one major part of society in which many are starting to become increasingly more concerned that robots will take over: the workforce.

The rapid spread of automation across the working world has many wondering what their jobs may look like in the future. Some have even started questioning if their profession may exist within the next 10-20 years. And I’m not just talking about blue collar jobs like truck drivers, assembly line workers, and fast food cooks. If you think a law or an accounting degree is keeping you safe from this kind of change you may want to take a second look at emerging trends.

Many look at automation through only one lens. They think jobs that require repetitive  manual labor (manufacturing workers, farmers, construction workers, etc.) are the only ones at risk of being taken by mechanized robots. But there is another kind of automation that is often not considered: artificially intelligent software. 39% of jobs in the legal sector could be automated within the next decade according to research released by Deloitte.

Economia estimates 95% of accounting jobs are at risk of automation in the near future. Tax preparation professionals, bank tellers, insurance underwriters, financial analysts, even journalists and writers (my stomach turns a little as I type that last one) are all feeling the pressure from artificial intelligence according to recent articles from Fast Company and The Guardian.

Robots are even creating original works of art and music so those who tend to be more “right brained” may have to watch their backs as well.

Now that we have established the risk of automation does not discriminate between blue and white collar, let’s take a moment to look at what professions are the safest at this point in time. In another recent article from Fast Company, chief strategy officer for Cognizant Digital Business, Paul Roehrig, put this answer to this question very eloquently.

“People skills are more and more important in an era where we have powerful and pervasive technology. It sounds counter intuitive, but to beat the bot, you need to be more human,” he says.

It is the professions that require complex human interaction and deep relationship building that are most likely to survive into the near future. Jobs in the medical field (nurses, occupational therapists, physicians, mental health workers, etc.) and those in business that rely on the building of personal relationships have the least chance of automation. Adaptability is also key. Teaching a robot or

Adaptability is also key. Teaching a robot or programing software to do the same thing over and over again is easy. But having that same robot make adjustments to compensate for unpredictable scenarios is not as easily accomplished.

Before we all start panicking there are always positive factors to be taken into account. Fortune recently pointed out that just because something can be automated doesn’t mean it will be. A lot of these automation technologies are still not cost effective for companies to implement.

Also, a company may simply not want a robot performing a certain job. There are still many advantages to working and interacting with a human as opposed to a machine. And just because many professions may be changed by the implementation of technology does not mean the need for a person will go away. It just means a particular position will evolve to work with the technology.

There is one last consistent theme present across all the research I conducted for this post. Everything is speculative. Do we know what the future looks like for certain? No. Can we make educated guesses and try to predict what it will look like? Of course.

The continuing tremendous impact of technology on the workplace is undeniable. But I can promise with a good amount of certainty that what we think 2027 will look like and what it will actually look like are most likely going to be very different. And while technology may close some doors in the workplace in the future it will also create opportunities.

And as long as death machine that looks like Arnold isn’t time traveling or humans aren’t being put into a virtual reality world and being used as an energy source I’d say we are doing just fine.

This article was written by: David Meloy
Marketing and Community Relations Manager
← Destroying Morale: “Spirit” Killers in the Workplace
Jobs Of The Living Dead →