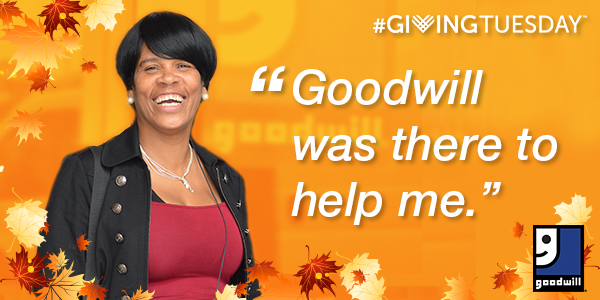 My name is Juanita and in April of this year (2015), I celebrated one year of employment at the Marriott Marquis in downtown DC. I am also celebrating seven years of being clean and sober. Finally at 49 years old, I am living my second chance–something many never thought would be possible.

I was addicted to drugs for over 20 years. During that time I had five children and I gave them all up to my sisters. Even when I learned I was HIV positive, I kept using drugs. It all finally caught up with me in 2008, when I went to prison for distribution of crack cocaine. When I was released from prison at the beginning of 2010, I continued to set my mind on moving forward into my future.

“…I decided it was time to be a responsible mother. I just had to stand up and be that mother.”

I attended Goodwill’s Hospitality Jobs Training Program in early 2014 through the Walmart Washington@Work grant which helped DC residents like me enter job-training programs and get hospitality jobs. There were so many people in the program who were just like me and we all formed a family.

I think everybody in the program saw their future. And there were moments when I had to make everybody pause and say, “We are all winners, we can make it and we are going to do this.”

“Goodwill was there to help me. I think everybody in our class saw their future and many of us made it.”

One thing I’ll never forget is when one of the teachers asked me to stand up and introduce myself and I said, “I’m Doctor Juanita.” Everybody laughed and they still call me Doctor at work. But I was serious. To come from what I did and announce myself as a doctor, I think that’s a big step. I could be a doctor if I wanted to.

After I graduated, I was placed in a job at Marriott Marquis. I just got promoted from housekeeping, cleaning 16 rooms a day, to public space attendant. I want to be a homeowner and I know that’s coming soon. That’s my next step.

I can finally say I’m proud of myself and I’m glad that other people are proud of me. My children are proud of me. We’re always going to have our down moments but we don’t have to sink into them. What we want to do is rise above and shine. There is always a star inside of us that wants to shine, that’s ready to shine.

“I’ve learned that ups and downs may happen, but I don’t have to stay in that hole. I can work hard and be better. I have the energy to want to go through it and be better.”

Partner with Goodwill to give more people like me a second chance.