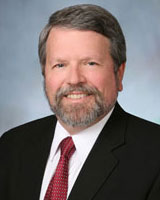 Mr. Howard retired in March 2013 as Managing Director, Legal Affairs & General Counsel at The Pew Charitable Trusts where he was responsible for advising the organization’s board, senior management team, and staff on legal and risk management matters. Immediately prior to joining Pew, he advised foundations, corporations, and nonprofits with respect to strategic philanthropic investment. Previously, he was Senior Vice President & General Counsel at the Fannie Mae Foundation, where he served for 10 years, including as its General Counsel and Chief Operating Officer, Board Secretary, and leader of the Foundation’s grantmaking and programs in Washington, D.C.

Before moving to the nonprofit sector in 1996, Mr. Howard was a partner in the Washington, D.C. office of Sutherland, Asbill & Brennan, providing business and regulatory counsel to Fortune 100 corporations and trade associations. Specializing in energy and antitrust matters, his 20 years of private law practice involved negotiation of complex transactions, strategic planning and implementation, coalition-building and management, and advocacy before federal and state courts, agencies, and legislative bodies. He also served as the firm’s Administrative Partner for legal personnel, deputy leader of its Government Regulation Group, and Hiring Partner.

A veteran concert performer, Mr. Howard is a longtime member (and past President) of the 180-voice Choral Arts Society of Washington, as well as the Washington Performing Arts Society’s Men and Women of the Gospel Choir. He sings regularly with the National Symphony Orchestra and has performed more than 400 concerts at the Kennedy Center, on 12 CDs (including a Grammy® Award winner), and on many network television and radio broadcasts.